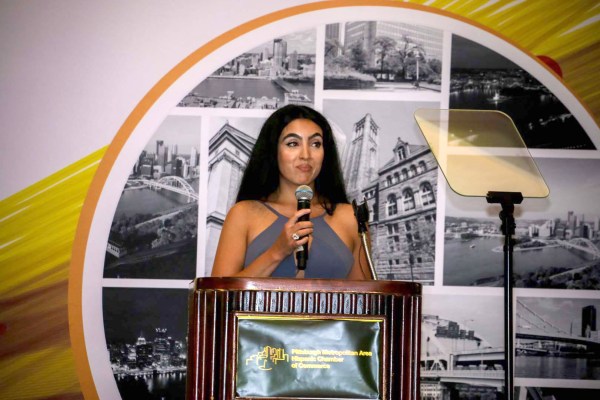 Gisele Barreto Fetterman, the Brazilian-born wife of PA’s lieutenant governor John Fetterman, was verbally attacked with racial insults during a short visit to Aldi supermarket four miles from Braddock (Pittsburgh) this weekend. The woman who verbally attacked Gisele used racial slurs against her including the N word, and asked her repeatedly to leave saying she does not belong here.

“The fact that she was so comfortable and bold to just do it to my face with an audience … that was really scary,” shared Gisele.

The verbal attack happened insude the store and in the parking lot. Once outside Barreto Fetterman was able to capture this video of the woman:

*TRIGGER WARNING* I love love love this country but we are so deeply divided. I ran to the local grocery store and was met by and verbally assaulted by this woman who repeatedly told me I do not belong here. The confrontation continued into the parking lot where I was able to pic.twitter.com/kzSoxCVJ2x

Gisele, who has lived in the Braddock area for many years, is very active in communities across the state and also collaborates with initiatives for the Latino community. In 2019 she was the featured speaker during the Pittsburgh Metropolitan Area Hispanic Chamber of Commerce Gala.

After the bitter experience on Sunday, Gisele shared that although she has been a victim of racist attacks in the past, it had never happened in person and in a situation where the aggressor did not seem bothered by doing it in front of others.

This points to the political tensions in the state of PA leading to the presidential elections in November. In this environment, in recent years bullies have been encouraged to unleash their insults and racial attacks all over the country.

Many PA leaders, including the governor, have condemned the incident and communicated their support for Barreto Fetterman. After sharing the tense moments and video, Gisele reiterated that

“I love love love this country but we are so deeply divided. This behavior and this hatred is taught. If you know her, if she is your neighbor or relative, please, please teach her love instead.”