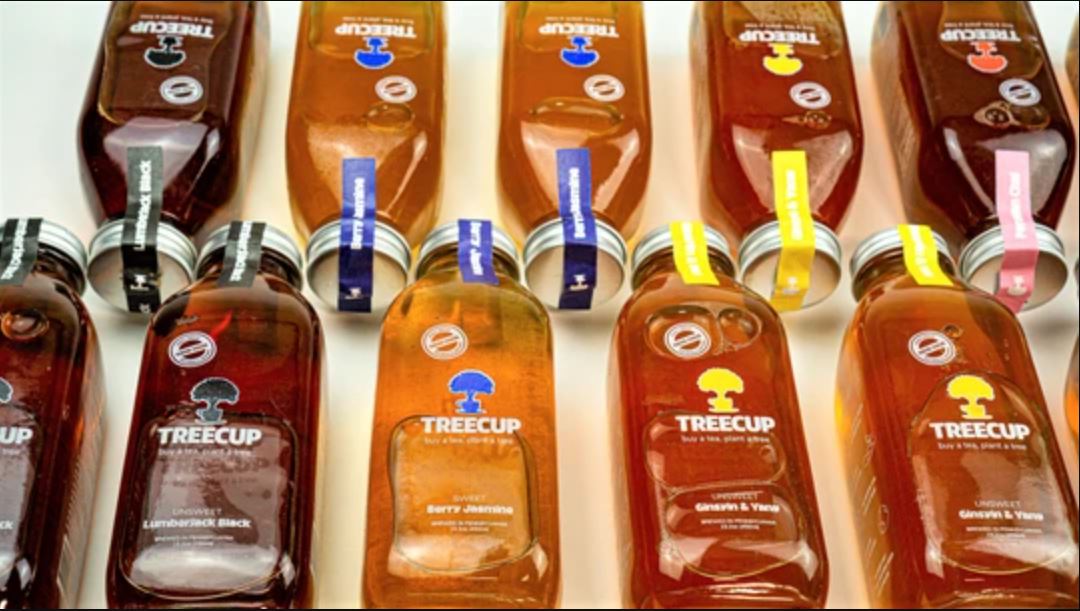 Peruvian chai tea is more than just a flavorful beverage to Mark Sotomayor. The aromas and ingredients that enchanted him as a child have inspired him to share this gift with the world. Sotomayor is the founder and CEO of Treecup, a bottled tea company that uses a portion of its profits to reforest Haiti.

Sotomayor’s mother, Vitalia Hemphill, emigrated from Peru to the US in 1995. Even before she helped her son establish Treecup, Hemphill was inspiring her son with her culinary creations. And, when Sotomayor was young, she took him to visit his grandmother in Peru.

During his stay, Sotomayor says his grandmother made hot chai tea that “made the whole house smell like cinnamon.” This experience would stay with him even after he returned to the United States.

Sotomayor was in his second year of studying entrepreneurship at Grove City University when he realized he wanted something more.

“I was thinking about it, and I didn’t want to be a cog in a business wheel,” said Sotomayor. “The big audacious goal would be to have my own business.”

Sotomayor faced some personal challenges in 2017, resulting in a span of four months off of school. He rose to the occasion, however, and used this time to develop his business.

“Tea businesses are hard to start,” said Sotomayor. “But I thought, ‘If it’s so difficult then it’ll teach me the most.’”

He started making and bottling tea, but he wanted to establish a deeper meaning for his business. This is when, through what he says was “serendipity”, Sotomayor connected with a tree planting organization.

While selling his tea at a vendor show, Sotomayor met an entrepreneurship professor from Westminster College who also sat on the board of Haiti Friends, a non-profit organization focused on reforesting Haiti.

The man told Sotomayor about the deforestation of Haiti, a country that has “less than 1% of its original primary forest” remaining, according to a research article published by the Proceedings of the National Academy of Sciences of the United States of America.

Treecup partnered with Haiti Friends in late 2017 and has since funded 20,000 planted trees. For each bottle of tea that is sold, Treecup and Haiti Friends plant one tree, hence Treecup’s slogan “Buy a tea, plant a tree”.

Treecup offers teas with flavors from a variety of countries, including Peru, of course! Sotomayor said that most of the teas include flavor combinations that he thought of during his time at college. He would visit Prestogeorge Coffee & Tea and explore their selection of loose leaf ingredients.

“I go into there and I’m smelling all these mason jars,” he said. “Then I go back to my dorm, and I have a little teapot there and I’m trying out different combinations.”

The Treecup website has lists of all available teas and their vendors.

In addition to its taste, Sotomayor is proud of the tea’s health benefits. He says it’s all naturally brewed, and the only preservative is vitamin C. He calls it “holistic medicine in a bottle.”

To keep up with Treecup and its development, follow the organization’s Instagram. And, if you live in Pittsburgh and order online, Sotomayor says he will personally deliver your tea for free!