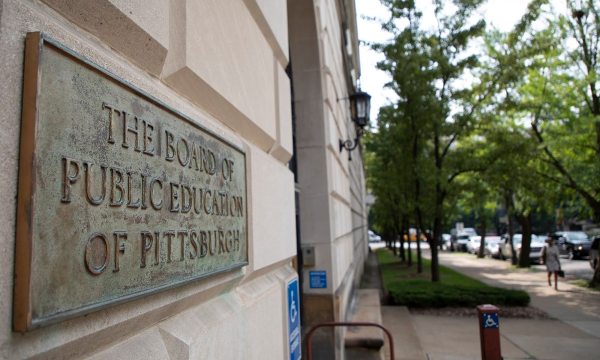 It’ll be a new year when thousands of Pittsburgh Public Schools’ [PPS] students toss on their backpacks, masks and return to brick and mortar school buildings to begin a hybrid mix of part-time online and part time in-person instruction.

After two amendments and two days of public testimonies, the PPS board voted Wednesday in favor of extending exclusive online learning for most students through Jan. 2021.

Only a cohort of students – cohort D, which includes special needs students, medically fragile students and English language learners – will return on Nov. 9, the date when students were initially set to begin the district’s phased-in plan for hybrid instruction, the school board decided in a Wednesday vote. All board directors but one voted in favor of delaying the start of the hybrid model until next year. Board President Sylvia Wilson was the sole member who abstained. Students who are part of the AA/BB cohorts will return to school on Jan. 4, at the earliest, and Jan. 25 at the latest. Students in cohort C will continue to be virtual learners.

The decision comes as a relief to more than 150 PPS students, parents and teachers who implored the board in public hearings that stretched across Monday and Tuesday to extend virtual learning through the new year and keep students and many teachers at home, citing rising COVID case numbers and other big cities opting to continue virtual learning among other reasons. However, Wilson said Wednesday that after the public hearings she received calls from multiple families who deeply desired to return to school.

At its peak, more than 1,300 viewers tuned into Wednesday’s hearing.

Here are some takeaways from the two school board meetings this week:

Who will go back? The resolution to implement the hybrid plan for return to school underwent serious tweaks

Board Director Kevin Carter was the first of three board members to propose amendments to the resolution, with his being the most drastic change, calling for cohort D to begin returning to school on Nov. 9, cohorts AA/BB (families that opted for their kids to attend partially in-person) to begin on Jan. 4 at the earliest, and cohort C (families who chose to remain entirely online) to continue remote learning. Director Terry Kennedy followed up on Carter’s amendment to propose that English language learning students be part of cohort D, the group that will resume a hybrid in-person learning schedule on Nov. 9.

Board president Sylvia Wilson, the sole abstaining vote on the resolution, said that after the public hearing, she received multiple calls from parents who want to send their students back to school, contrary to the dozens of testimonies given earlier in the week.

In defending her decision, Wilson said, “There’s a lot of children who should be getting some in-person instruction who will not be a part of cohort D and so I’m speaking on behalf of those children and their parents who would have spoken out more if they had realized that they should’ve gotten a little campaign together too, just like all the others did.”

Hours before the board voted, Allegheny County Health Department reported 199 new COVID-19 infections on Wednesday, as the state surpassed 200,000 infections since the novel coronavirus emerged in the spring. Multiple testimonies pointed to spiking COVID-19 case numbers as a reason to extend virtual learning, noting that case numbers in Allegheny County and statewide are much higher now than when the school initially closed in March.

Though only a handful of students submitted public testimony, those who did pleaded for the board to extend virtual learning

Pittsburgh Allderdice student Yoel Tamar was one of few students who wrote to the board. Tamar said that teachers should get to teach students safely, without putting anyone at risk, and that online learning allows for that.

Among his reasons to extend online learning: “Online learning has been a major improvement from April even though it is not as effective as in-person learning. However, this is the best we can do right now since it is dangerous to admit students and teachers to the main building. … Allderdice has a very large number of students and cannot handle in-person learning. … I believe the teachers shouldn’t have to make a choice between receiving an income and protecting their family.”

Paraprofessionals want the chance to live outside of the city

At the start of both public hearing days, Wilson said the Pittsburgh Federation of Teachers proposed to eliminate the residency requirement in the new collective bargaining agreement, which is still underway, but that the board declines to comment on the ongoing bargaining.

Tom Selfo, a paraprofessional at Pittsburgh Beechwood wrote to the board that the residency requirement is discriminatory against paraprofessionals and living within the city “has become a hardship for” many paraprofessionals, making it difficult to earn “a decent living.”

“Since higher salaried PPS employees are usually exempt from the residency requirement, the residency requirement is discriminatory against PPS employees that earn lower wages,” Selfo wrote. “The rising cost to purchase a home in the city, increased taxes, rent and outrageous water bills have wiped out any small salary increase that we received in the previous contract.”

TyLisa C. Johnson covers education for PublicSource. She can be reached at tylisa@publicsource.org.