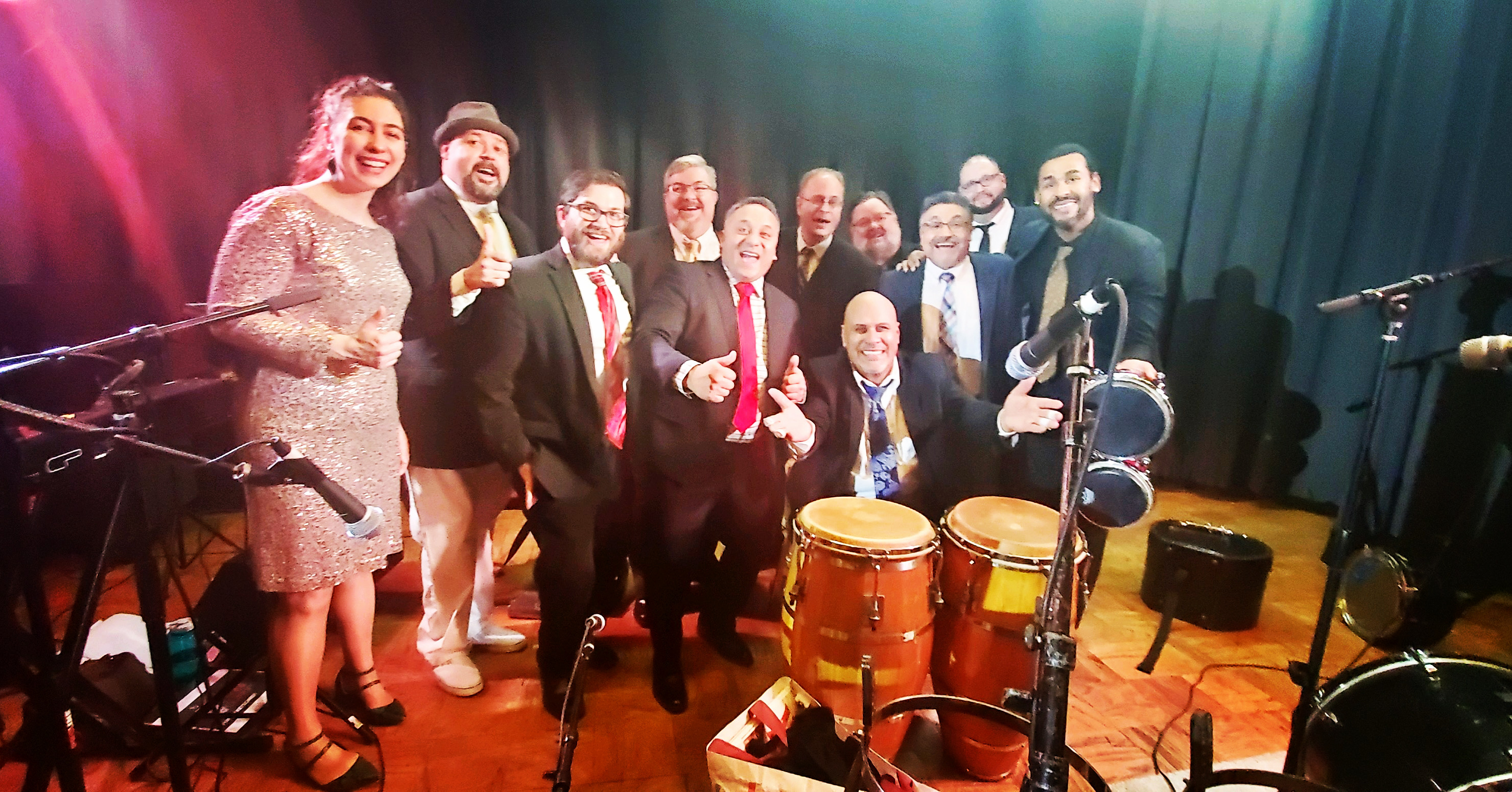 Noel Quintana, the Pittsburgh-based Puerto Rican percussionist, musician, and band leader known to many as “Mr. Conga”, grew up surrounded by music. In his childhood home of Brooklyn, New York, Quintana was first exposed to the instrument and the music that he loves and knows so well now: salsa and conga drums.

Growing up, Quintana’s uncle owned a record store, and Quintana began his own collection at a young age. He recalled fondly how his father and uncle both collected vinyls, “back when you could buy them in the grocery store” he said.

Not long after his love for music developed, a neighbor introduced him to renowned percussionist and recording artist Luis Romero, and Quintana began private lessons on the conga drums.

From his uncle’s record store and private lessons with Romero, he went on to further his formal music education at Harbor Conservatory for the Performing Arts in the Museo del Barrio, studying Afro-Cuban and Afro-Puerto Rican styles in addition to contemporary urban salsa.

Early in his career Quintana went on to perform professionally with the band Sabor Boricua. Then, in 1991 he moved to Cleveland, Ohio to perform and record with the band Impacto Nuevo. By 1996, Quintana moved back to New York to perform with the charanga band Johnny Almedro y Los Jóvenes del Barrio. Throughout his career he has also performed with a number of other groups, including Grupo Fuego, Conjunto Bembe, and Papo Pepin. Then, in October of 1999, Quintana founded his own band, Noel Quintana and The Latin Crew.

Being a band leader gave him a unique perspective on not only the inner workings of the musical world, but what it means as both an artist and a band leader to play and produce music that connects across communities. Quintana describes his music as something that should be representative of all Latinos. “As a recording artist, I feel like I represent all of you [the Latino community].”

He also talks about the fears that he had as both an artist and a band leader in producing music that many have considered to be dying out.

“As a radio host, I get so many productions every week. I don’t think salsa’s dying, I think it’s the lack of venues. The music [itself] is still being produced.” Quintana says in response to those who believe that salsa, and other forms of Latino music are being replaced by newer or more mainstream radio.

Quintana works hard to continue to bring salsa to the public. In addition to his radio show, his band recently released an album. “I’m very proud of the album,” he shares. It is out on a limited edition vinyl, as well as cd, and can be found on Ebay. It includes a number of songs, and features from musicians such as Choco Orta and Tito Allen.

Outside of producing music, Quintana is still working to make salsa available to the community as a whole. He continues to run his radio show and is excited to continue producing and playing music for the communities of Pittsburgh and beyond in the near future.

On June 26th Noel Quintana and the Latin Crew will be performing at the 60th Anniversary Gala for Chamber Music Pittsburgh. Tickets and information for their performance can be found online.