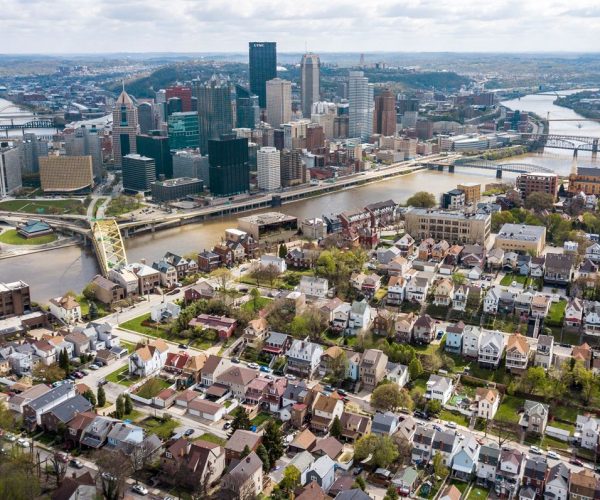 HARRISBURG — State officials will allow 13 counties in the Pittsburgh region to ease coronavirus-related restrictions on businesses and residents next week, a coveted step toward reopening that took effect Friday in much of northwest and north-central Pennsylvania.

Gov. Tom Wolf announced on Friday that Allegheny, Armstrong, Bedford, Blair, Butler, Cambria, Fayette, Fulton, Greene, Indiana, Somerset, Washington, and Westmoreland Counties will be able to move into the “yellow phase” of his tiered reopening plan on May 15.

They will join two dozen counties that were previously given the go-ahead to loosen some restrictions.

“We are closely monitoring the 24 counties in the yellow phase and we will reimpose restrictions if danger arises,” Wolf said at a Friday news conference. “We’re also watching other counties and are moving them into the yellow phase as soon as we can.”

To enter the yellow phase, counties have to meet benchmarks set by the state. That includes ramping up testing and contact tracing in order to identify and quarantine new cases before they become outbreaks. State officials also set a target for counties to see fewer than 50 new confirmed cases per 100,000 people in a two week period, though they’ve emphasized that’s just one measure they’re considering.

The administration is also using a tool developed by Carnegie Mellon University to decide which regions can ease restrictions.

In the yellow phase, the stay-at-home order for residents is lifted, although they must still follow federal and state guidelines for social distancing and limit gatherings to less than 25 people.

Gyms, spas, hair and nail salons, casinos, and theaters must remain closed, while restaurants can still only offer carry-out and delivery. Other businesses can resume in-person services, though companies that can telework must continue to do so.

Some business owners have reopened without the state’s OK, while lawmakers from counties still under aggressive lockdown orders have argued their areas have met enough benchmarks to move to the yellow phase.

Republicans who represent Lebanon County in the General Assembly sent Wolf a letter Friday, saying they intend to move the county from the red to the yellow phase on May 15 without the governor’s approval.

“We, as the local elected officials, have a vested interest in keeping our community safe and free from disease, and not over-burdening the health-care facilities in the county,” the lawmakers wrote. “We have heard the pleas of our residents who desire the ability to safely reopen their businesses and safely return to work.”

Wolf, a former business owner, said he understood the frustrations, but added the anger was misdirected.

“The frustration has to be directed at the real enemy here: the virus,” Wolf said. "It’s not the regulations. Anything we do to bring people together, whether it’s employees or customers, we’re making it easier for that virus to actually attack and infect people.”