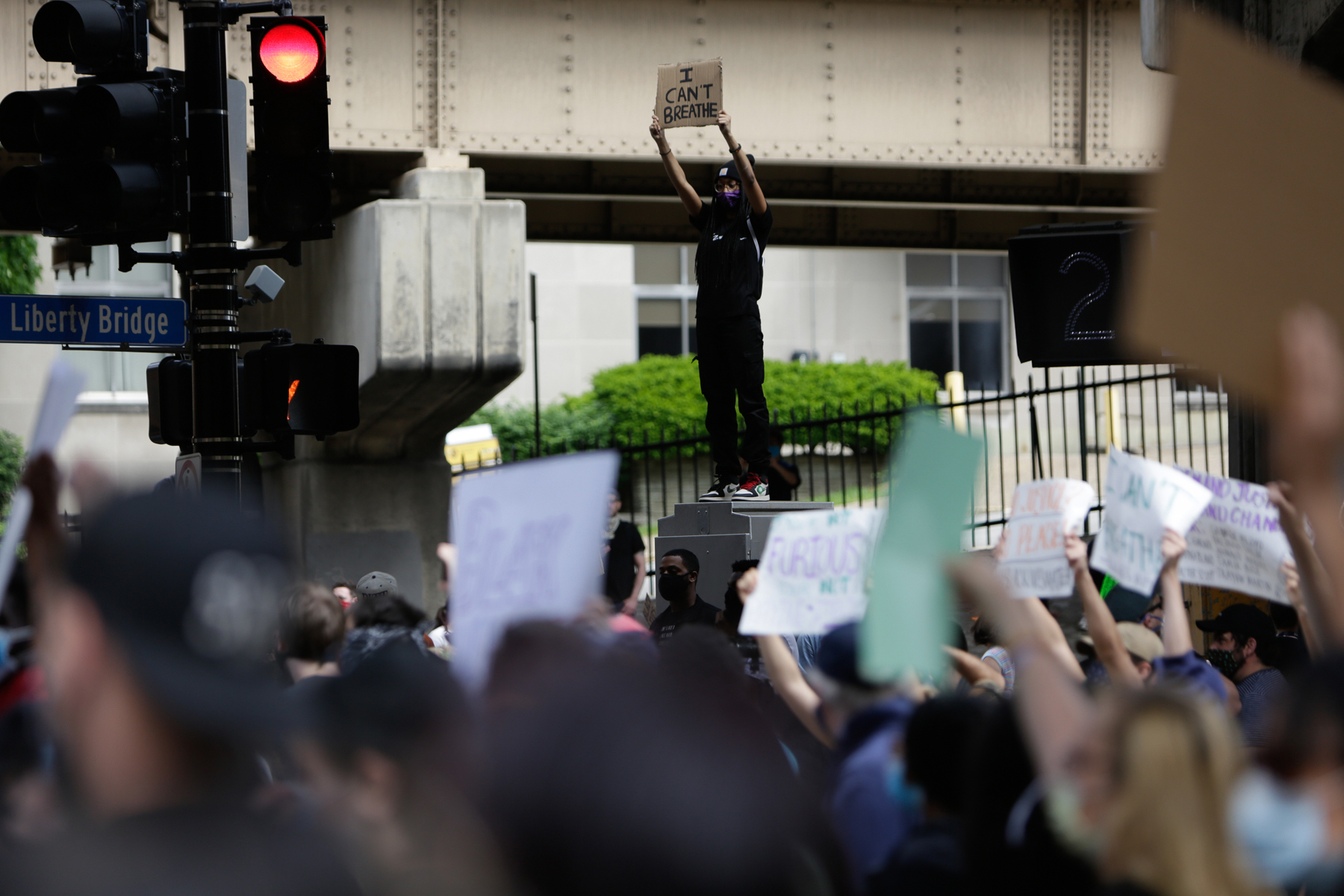 As protests over the killing of George Floyd, an unarmed Black man, at the hands of a Minnesota white police officer rocked cities all across the United States, thousands of protesters gathered in downtown Pittsburgh Saturday afternoon.

What started as a peaceful march and protest escalated into violent tensions and forced Pittsburgh Public Safety to issue a curfew order effective at 8:30 p.m Saturday until 6 a.m. Sunday. Public Safety Director Wendell Hissrich said the curfew will be in place Sunday as well. Police cars were set ablaze and Hissrich said several businesses were damaged.

During the press conference Hissrich suggested that he believed some of violent protesters were not from the city.

Pittsburgh police chief Scott Schubert said that his department is going to use available tools at their disposal to review the footage and identify those who have incited violence, injured people, including reporters, and “hijacked” the message of the peaceful protest.

“43 adults and a juvenile were arrested during riots and looting last night,” according to the official public safety Twitter account.

On a day when Allegheny County reported 27 new COVID-19 cases, health officials warned about the dangers of gathering in large crowds and urged the public to continue following social distancing guidelines.

Below are some of the scenes from Saturday’s protests: