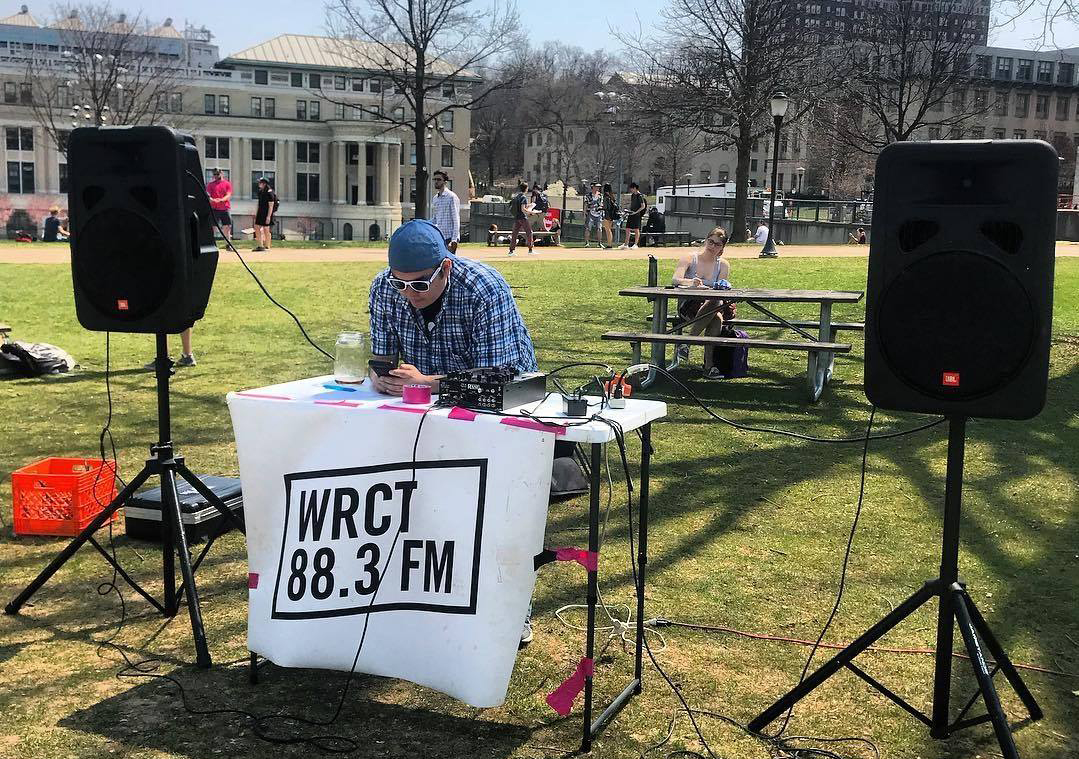 Every Thursday evening for 26 years, one Pittsburgh radio show has been broadcasting for the sake of the city’s Latino population.

Barrio Latino of Carnegie Mellon University’s WRCT radio station was Pittsburgh’s first ever Spanish radio show. It was created by Martha Mantilla, a librarian at the Center for Latin American Studies. Since its beginning, the show has seen many hosts and a few different names, but its purpose has stayed the same.

“The idea was, if you think about Pittsburgh in relation to other cities, we don’t have a Latino neighborhood,” said Ivan Cao-Berg, the show’s current host. “It is a time and space to discuss things that affect our community.”

Originally from Argentina but raised in Puerto Rico, Cao-Berg came to Pittsburgh to attend grad school at CMU.

Cao-Berg says he ended up with the host position “by default” just over 6  years ago. He started out just helping with the show, reading the newspaper in Spanish. When some of the collaborators couldn’t make the show one day, Cao-Berg became the host, and has been ever since.

Even in pandemic times, Barrio Latino is still on air in its usual slot. Cao-Berg says he tries to focus on the positive news and tends to stay away from current events.

Barrio Latino has a medley of segments, including music, local announcements, interviews, and more. Cao-Berg said that the show “is like a hub of information” that connects the community with services to benefit them.

“Barrio is not a non-profit. We’re not competing for money for grants,” said Cao-Berg. He said that the show isn’t trying to “sell anything”, which gives it freedom to be vocal about certain ideas.

“At the end of the day, I just care about promoting Latinos,” said Cao-Berg. His concern is that when Latinos arrive in Pittsburgh, they don’t see a community to which they can relate. Barrio Latino acts as an avenue for community members to reach one another.

Cao-Berg said that when the show began it was “a very Latin American show” in that most of the dialogue was in Spanish. Recently, he says he has been flexible, using English to cater to those who may know Spanish as a second language. He says it’s the information that is important.

You can listen to Barrio Latino on 88.3 FM WRTC or listen through the app TuneIn. The show airs on Thursday evenings from 6-7 pm.

“What makes our show different is that, being part of CMU, we make no profits on the show,” Cao-Berg said. He emphasized that the purpose of Barrio Latino is to share beneficial information with the community. Often, he will have guests from Casa San Jose, the Latino Community Center, City of Asylum, and other organizations to tell listeners about their services and resources.

“Barrio Latino should exist as long as the community needs it to exist,” said Cao-Berg. He wants people to know that they can use the show to speak to listeners and spread their message. Barrio Latino invites all members of the community to be a part of the show.