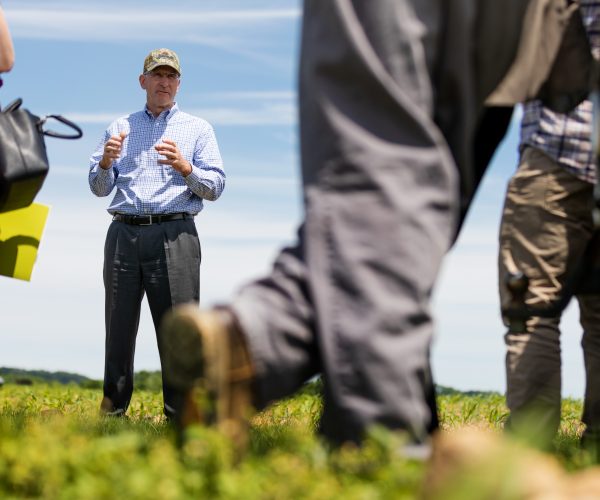 HARRISBURG — Pennsylvania is failing to adequately protect migrant farmworkers from the coronavirus, an issue that will become more critical as orchards and farms ramp up efforts to recruit laborers in the coming months, experts and advocates said.

There are 360 farm labor camps in Pennsylvania that house 4,300 seasonal and guest workers — most of whom are migrant laborers hired through a contractor or those with H-2A visas, according to the state — in barracks-style facilities as well as motels, rooming houses, dormitories, and mobile homes.

Those conditions could facilitate the spread of COVID-19 through a population that experts say is particularly vulnerable because of limited access to health care, language barriers, and a lack of clear information about disease prevention.

“Even if you have a permitted farm labor camp in Pennsylvania, it is more likely than not going to be overcrowded if somebody doesn’t set up new requirements,” said Arthur Read, an attorney with Justice at Work, a nonprofit that represents low-wage immigrant workers. “Clearly, I think the reality of lots of these things is they’re going to get worse before they get better.”

On Monday, a week after Spotlight PA began making inquiries with state officials about the concerns, the state Department of Agriculture — which is responsible for permitting and inspecting these labor camps — released new recommendations on employer-provided housing for workers.

“Our seasonal workers are sometimes forgotten by consumers, but their skills are vital in the commonwealth,” Agriculture Secretary Russell Redding said Tuesday at a news conference. “While they are performing critical functions, we cannot forget about their health, the value they add, and their reasons for being in Pennsylvania to help us in our agricultural sector.”

The guidance states beds should be placed at least six feet apart, soap or hand sanitizer should be provided, and all high-contact surfaces cleaned.

“If the current housing unit does not allow for segregation of workers under social distancing guidelines, arrangements may be needed to secure additional housing such as rental units at motels and hotels,” the guidance states. “Designated areas for quarantined employees should be provided with separate sleeping, cooking, and bathing facilities.”

Redding said the department is asking employers to “please adhere to the guidance.” There is a state order that requires essential employers to provide masks and implement social distancing at worksites, which a department spokesperson said applies to farmworker housing.

But the spokesperson, Shannon Powers, said any inspections by the department would be announced and triggered only if there’s a worker complaint.

“That’s a normal procedure. No one is sitting on a farm on a daily basis watching how the farming is managed,” Powers said. She said there are civil penalties outlined in existing regulations, as well as additional penalties provided for under the state order.

Changes to the visa process, however, could potentially leave migrant workers without the information they need to report complaints.

Amid a national shortage of farmworkers and an anticipated need for field laborers during the pandemic, the U.S. Department of State relaxed the process for temporary workers to enter the country and is no longer requiring in-person interviews at U.S. consulates in Mexico. (These workers, deemed essential, would likely not be affected by President Donald Trump’s still-in-development order halting immigration.)

That process, especially the interview, is critical to protecting workers, Read said. That’s when they receive information on their wage rights, a human-trafficking hotline, how to file complaints, and other resources.

A spokesperson for the Pennsylvania Farm Bureau — a lobbying organization that represents 23,000 “farm families” — said farm owners are taking steps to protect workers’ health, including limiting interactions, staggering lunch breaks, and making sure laborers are not near one another when working.

These owners are also increasing the number of handwashing stations available, educating workers on how the virus spreads, and delivering food to limit the workers’ exposure to community spread, the spokesperson, Liam Migdail, said.

But advocates say requirements with enforcement and penalties, not recommendations without teeth, are needed to keep these workers safe.

“Because there are costs involved, it helps to have some level of not just ‘This is a good thing to do,’ but ‘This is what you gotta do,’ ” said Read, the attorney with Justice at Work.

Redding said the department would not provide funding to implement the recommendations. “We don’t see the additional cost here being prohibitive and would expect that the employers would adhere without much additional cost or difficulty,” he said.

Read wrote a letter to Pennsylvania Secretary of Health Rachel Levine in March to raise concerns about employer-provided housing, health and safety at worksites, and access to health care. Nearly a month later, he said, the state had not written back to him to acknowledge his concerns.

In the letter, Read wrote of the “virtual non-existence of health insurance for a significant percentage of these workers, especially for nearly all of the thousands of H-2A and H-2B temporary foreign workers who will arrive in Pennsylvania healthy, but who are in danger of contracting COVID-19 during their employment over the next 10 months.”

While guidance released by the state earlier this month recommends paid sick leave with no penalties for food-processing workers — whose union vocally called for protections — similar language is not in the guidance for farmworkers, who are not unionized.

“While not stated here, I think that the expectation is that the employee would not be further harmed in their compensation if they are COVID-19 positive,” Redding said.

Caitlin Barry, a lawyer and director of the Farmworker Legal Aid Clinic at Villanova University, said that in addition to transportation issues, many migrant workers don’t know if they are even able to access health care, as mobile clinics that usually provide farmworkers with services have ceased going out to the farms.

“In addition to the physical barriers or not being able to get to a location, there is also the psychological fear around accessing health care that a lot of farmworkers now have,” Barry said. “There’s a lot of fear of accessing health services. No one that I have spoken to so far knows where to go to get tested. People don’t know how to access the services even to find out.”

Latinx migrant farmworkers have higher rates of diabetes, heart disease, and other health issues, according to a 2004 legislative report by the Center for Rural Pennsylvania. They also have a greater risk of lung injuries, usually associated with exposure to pesticides and fungi found in crops.

All of those conditions have been flagged as high risk for severe COVID-19 complications and even death by the U.S. Centers for Disease Control and Prevention.

He said the state does not have an enforcement arm to determine if a farm is housing workers and requires workers to file public records requests for inspection reports, meeting minutes show. He also noted that Pennsylvania law regarding farm labor camps had not been updated since 1996.

Jessica Culley of CATA, an organization that represents low-wage migrant and immigrant workers in Southeast Pennsylvania, said the state should have more protections concerning farmworkers, especially as other inspecting bodies, like OSHA, cease inspections during the coronavirus pandemic.

“It’s the [state] Department of Agriculture that actually monitors this and is responsible for enforcing the rules, which is really problematic just because of the nature of the relationships between folks in the [department] with farmers,” she said.

Barry, of the Farmworker Legal Aid Clinic, also said OSHA’s decision to cease inspections might have negative consequences for farmworkers.

“It’s not as if the monitoring of the conditions that people live and work with on farms was robust to begin with,” she said. “Anytime that there is going to be a restriction on services there is concern that this is going to lead to more exploitation, because people are afraid that even the limited monitoring that occurred before will now be weaker.”