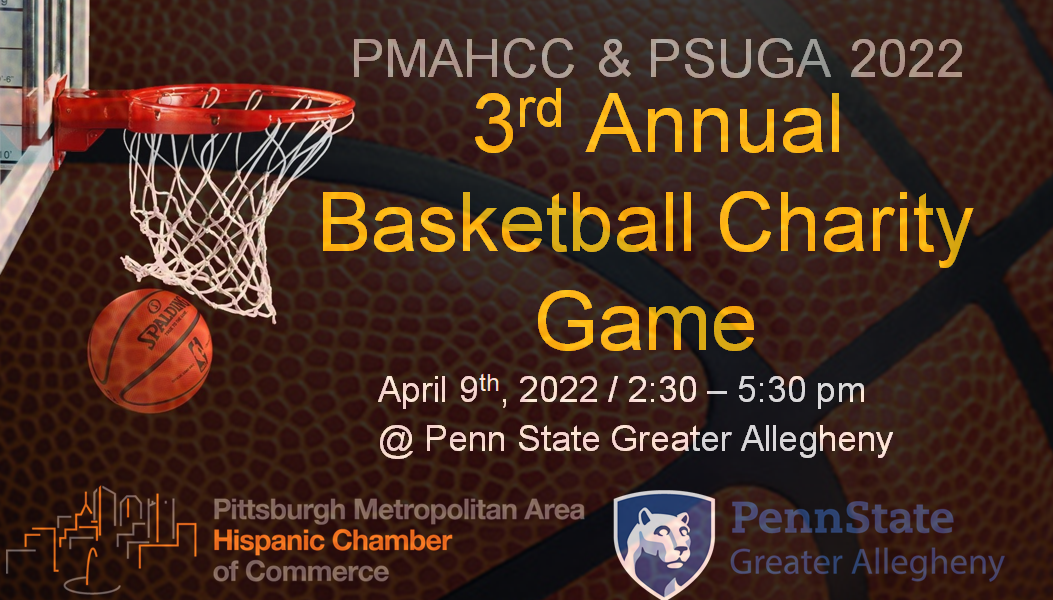 By Christopher Cornejo for Presente Magazine

It will be held at Penn State Greater Allegheny on April 9, starting at 2:30 p.m.
Visit this page to purchase tickets.

The basketball game is a project started three years ago for the purpose of raising scholarship funds for underprivileged local students of Hispanic descent. PMAHCC has awarded over $250,000 in scholarships to exceptional students attending accredited technical schools, colleges, and universities, including Ivy League schools.

Presente spoke with Jesus Torres, Board member of the PMAHCC Foundation, and former professional basketball player helps coordinate and plan the event for the organization. He shared, “the game is an incredible opportunity for the Hispanic Chamber of Commerce to create an initiative that impacts so many people, especially the students and their families.”

Jesus understands the struggles that many of these students and families go through in an effort to obtain a better education and future for their children.

Torres spoke about the many stars the organization reached out to in an effort to raise celebrity power at the event. “When former WNBA player Carla Cortijo replied I was like, wow! She said she loved the opportunity to help out these students, and I think that’s something everyone else involved is excited about,” he expressed.

This game is an opportunity to help Hispanic youth attain the education they deserve. The charity basketball game has already raised thousands of dollars in the years it took place. The third year is looking to be no different.

“Everyone is super excited about the prospect of hitting our goal this year, and with the line-up we have, we like our chances,” Torres said.

The game will be taking place on April 9, 2022, starting at 2:30 p.m., at Penn State Greater Allegheny Wunderlay gymnasium.